Winston Churchill once said, “perfectionism is the enemy of progress”. One of the biggest issues with striving for perfection is that we tend to procrastinate and never actually complete the task.

There’s no such thing as perfect. The key is to step forward with your best effort; otherwise, fear of failure and rejection will limit your progress and stop you from trying out new and exciting ideas

That’s what happened when I wanted to add a video feature to my newsletter. It kept getting put off because I didn’t have a green screen, a professional microphone, etc. I finally released my first video a few months ago and although it won’t win any awards, it’s a foundation that I can now build off of.

If you’re trying to accomplish a goal but it’s taking way too long, it’s probably because you’re afraid it won’t be perfect and you’ll end up looking like a fool. That’s the real reason why I kept putting my videos off but in the end, I realized it’s better to make a start instead of cowering in fear with nothing to show.

The key to achieving success is the ability to take action. With the New Year in sight, make it a goal to put progress over perfection. If one of your goals, for instance,  is to increase your presence on social media, then stop waiting for the perfect post idea and just get something out there!

You know you’ve got what it takes to make 2019 your best year ever but you’ll just end up holding yourself back unless you’re willing to step outside of your comfort zone and make mistakes. If, on the other hand, you strive for progress rather than perfection, your productivity and success will soar! 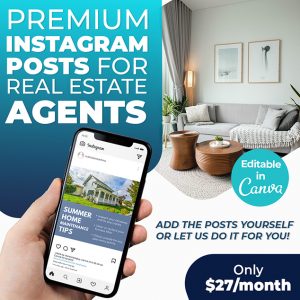